Well folks, here is just one more big reason to buy a real flashlight rather than use the tiny led on your phone!

This is an excerpt from Gizmodo.co.uk talking about malware being hidden in flashlight apps!

Active on Google Play Store as recently as last Friday, a mobile banking trojan infected thousands of users who thought they were downloading games or innocent-looking apps, according to research published by a trio of cybersecurity firms.

The malware, known as BankBot, was concealed inside various torch and Solitaire apps, and was first detected by researchers on 13th October. After downloading an infected app, the trojan would activate and wait for users to log in to pre-selected US banking apps. In some cases, bank transaction authentication numbers (TANs)—a form of multi-factor authentication employed by some banks—were intercepted in text messages. 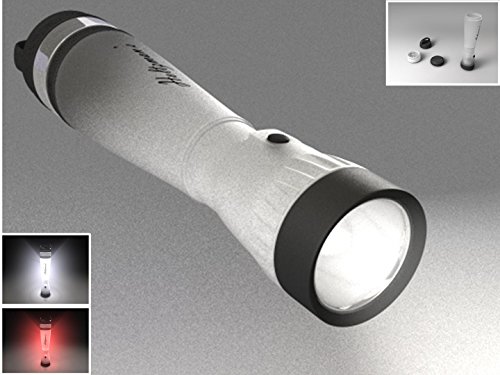 Power outages in this technological age are very different than they used to be in terms of how we survive. In a world where technology is the root of day to day activity sometimes people might forget that it is possible for the electricity to go out, then what do you do? Recently the Merrimack Community experienced a school wide power outage and staff and students had to do things the “old fashioned” way.

The first thing that crossed the minds of students is if their electronic devices were charged. Many of them found themselves figuring out how long they would be disconnected for. When the college learned that it would take days for the power to be restored, students were encouraged to go home or stay with friends who had power if they could. In situations that cause the loss of power, it is best to be prepared even if the scenario is only a possibility as you never know when the power might be out for days.

Gone are the days in which people passed the time by playing board games. Now, there are ways in which people can still use their electronic devices during a power outage. With the technology we have today there are many different devices that can help you through a time without electricity, one of these devices is a portable battery charger that connects via usb and is used to recharge devices. Mophie makes Apple and Android compatible chargers that are perfect to keep fully charged ready to go.

Another tool that students should have at the ready is a flashlight. This seems pretty obvious but with there being a flashlight button of most smartphones these days it might be less obvious than most might feel, something to go along with the flashlight is a pack of extra batteries because it might be a few days before the power comes back on.

When the power does go out and the battery on your phone and computer has finally run out what is there to do? The first thing that a student might face is having to talk to their roommate to pass the time. Another task that is very accomplishable while the electricity is out would be getting any school or internship paperwork together and complete what can be with the free time you have, you could also fold your laundry, but it would be best to pick the lesser of two evils.

Now just because the electricity is out does not mean you need to hunker down for the long haul. You could use the down time to get some shopping done, as most major retailers will have backup generators it is very possible the store is open for business. Take time to use the flashlight you had prepared to look around the room for items you need or could use to pass the time, these items being water, food that should not be perishable as you will not know when the electricity will come back on. As for what to do to pass the time, things like board games will do and who knows you and your roommates might actually have a good time.

Now that we are in the thick of the power outage students might start to shake a little as they have been disconnected from social media for a couple of days now, and this brings us to a heavily talked about topic in today’s society. 1 in 3 people will wake up during the middle of the night and use that time to check social media according to the Huffington Post. This is a very surprising fact but not something that is not believable as a vast majority, if not all, students are connected to social media and often check into that social media. Now what do a bunch of college students to when they are faced with the challenge of not being connected for days at a time? Well they hang on as long as there is battery life then it is just up to preparation and an open mind.

If you are in a survival situation an led light on your phone will not be enough! This survival flashlight will be!

In the end the search is over! You just found the best survival flashlight around, heck it’s even a lantern. Your flashlight is water resistant, it has two compartments one you’ll be able to use as a cup or a storage compartment for emergency tools/survival kits and the other is designed to store medication, but can be used to store other survival tools. With the click of a button you turn on the flashlight, press it again and you turn on a lantern, do the same thing and you get a solid red light, lastly you get a blinking red emergency light. We are also including survival eBooks, a camping video training series, and 101 camping recipes!
✮ LIMITED TIME SALE! We reduced the price as a launch promotion and it’s going to not last long!
✮ RISK FREE – Holtzman’s survival flashlights are designed for QUALITY to verify customers are full and completely satisfied, which is why we stand in the back of all of our products with a 100% MONEY BACK GUARANTEE.
✮ THE BEST SURVIVAL FLASHLIGHT – The easiest survival tool it’s water resistant, a flashlight, a lantern, set it to a blinking red light for emergencies, you’ll be able to use it as a cup, it has a special compartment to store medication or survival tools. Top quality guaranteed.
✮ FREE SURVIVAL KNOWLEDGE – With every order you are going to receive survival eBooks, a camping video series, and 101 camping recipes!
✮ LANTERN – Your survival flashlight also functions as a lantern which can also be hung from the loop on the back of it. 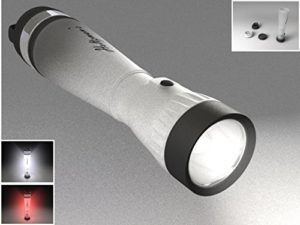